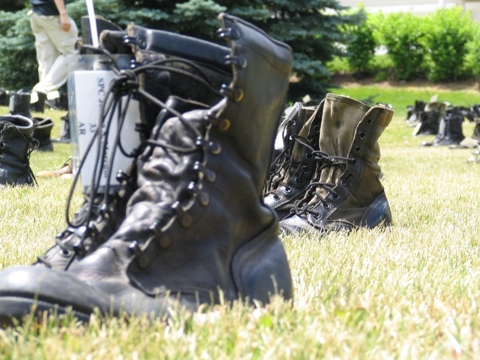 On display were a pair of combat boots for each National Guard soldier killed, each tagged with their name, rank, age, and home state. Other shoes and placards honored the 50,000 to 100,000+ Iraqi civilian casualties. Pictures from cities on the national tour and more information is available from www.afsc.org/eyes. The Omaha Display was co-sponsored by AFSC, Second Unitarian Church, Nebraskans for Peace, and Peaceful Tomorrows.

The public, as well as families of the fallen, were invited to spend some time in this reverent and memorial space. At 1:30 p.m. the names of the National Guard personnel killed in Iraq were read. In every city where the display appeared, family members expressed appreciation and thanks that their loss was remembered. 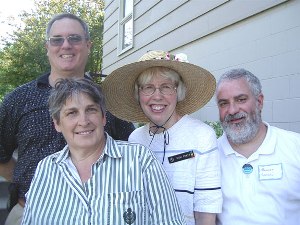 Join us in person or via Zoom on Sundays!  Click here to learn about the safety precautions we ask of in-person attendees. See our upcoming worship services for the Zoom link.